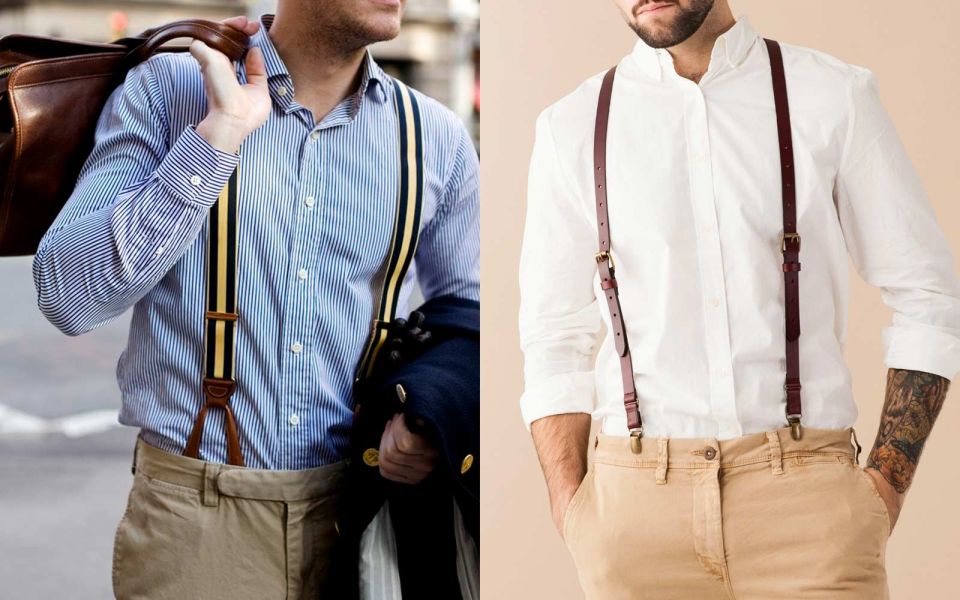 The retro accessory that's coming back in a big way

Today, it’s pretty much a given fact that a well-dressed man and a good quality belt go hand-in-hand. But, belts as we know and use them today are a fairly new invention in the history of fashion. Prior to WWI, belts were used primarily, if not only, for military uniforms as a decorative piece. The known, accepted, and loved apparatus used for holding up one’s trousers at the time was–you guessed it–a good ole pair of suspenders (also known as braces).

Suspenders date back as far as 18th century France, where strips of ribbon were attached to the buttonholes of trousers for one reason or another. Back then, suspenders were considered undergarments, believe it or not, and were not meant to be seen in public. In the 1820’s, British designer Albert Thurston began to manufacture versions of the modern suspenders we know today. The fashion of this time period prescribed that men wear trousers that were so high-waisted that a belt simply wouldn’t be able to do the job.

Suspenders became a necessity for the sartorial gentleman. 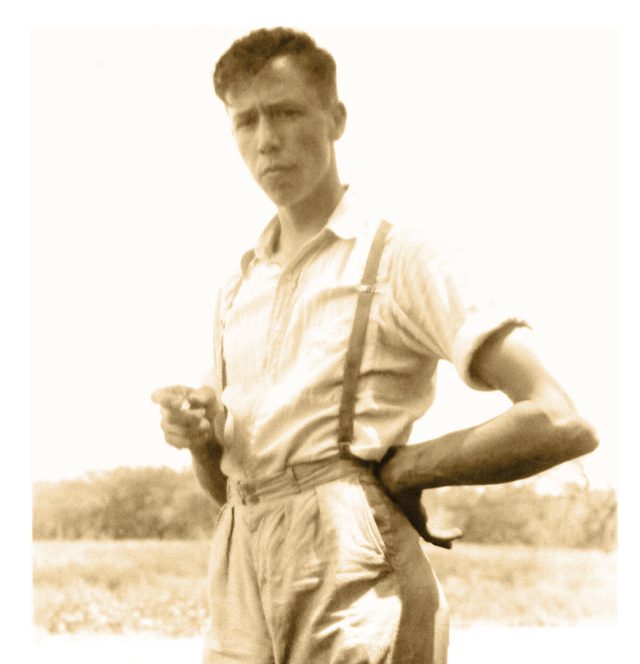 Fast forward to the early 20th century, where a switch in favor of lower-sitting, lower-rise trousers meant that suspenders were no longer needed. The trend faded into the background significantly, and throughout the 1920’s suspenders instead became a sort of medical device that doctors would prescribe as an aid for posture and a slimmer gut. Suspenders continued to be considered as undergarments until the late 1930’s and early 1940’s, when gentlemen began protesting. In the 1960’s, working-class British adopted them into their looks, combining suspenders with tight jeans that really didn’t need help staying in place. Later, in the 1970’s, working women in England and the US incorporated them into their wardrobes to achieve a sort of “unisex” look (think Annie Hall). In the late 1980’s, People magazine dubbed the trend of suspenders hanging from one’s waist to be a very “sensual” and fashion-forward look. Around the same time, Steve Urkel from Family Mattersmade suspenders synonymous with trendy nerdiness. 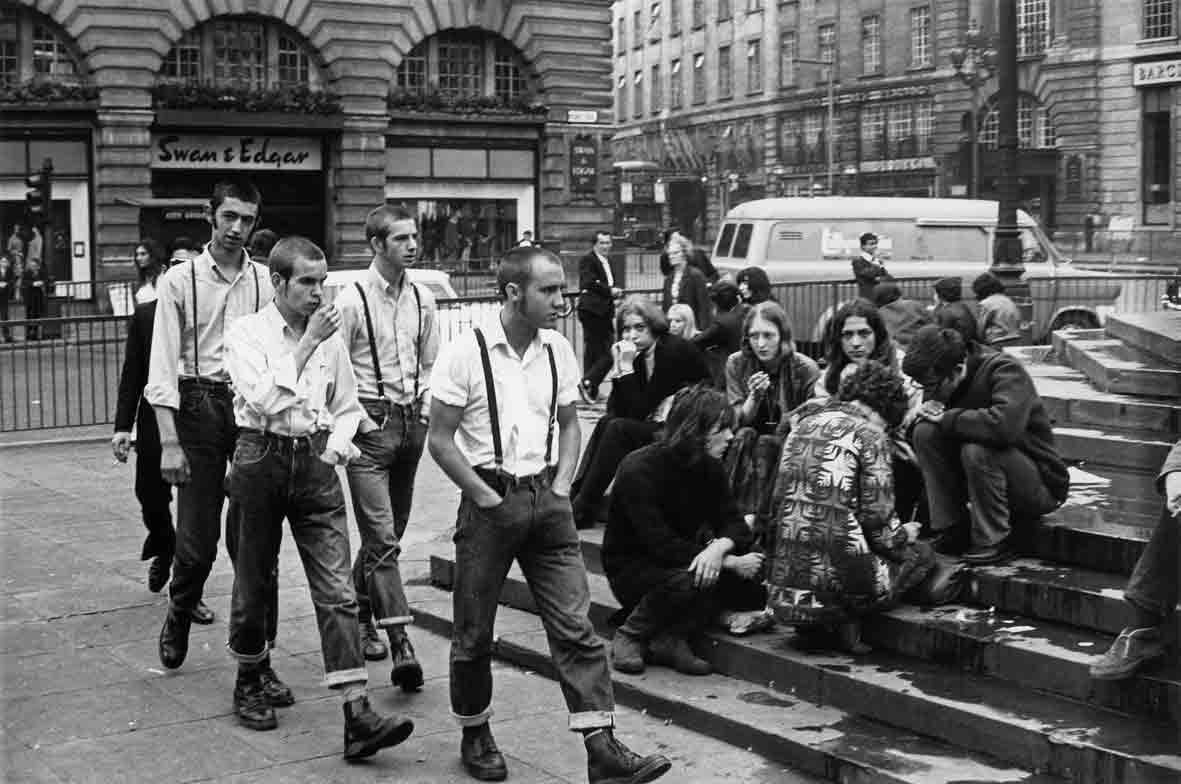 These days, men’s fashion has seen a distinct revival of and fascination with 20th century culture, class, and style. Think fedoras, mustaches, speakeasies, and, yep, suspenders. We are proponents of this sartorial revivification. Suspenders are classy. Suspenders are comfortable. Suspenders are what your wardrobe needs. So give your belts a break, why don’t ya?
We’ve broken down everything you need to know about this nifty accessory:
What are Suspenders, Anyway? 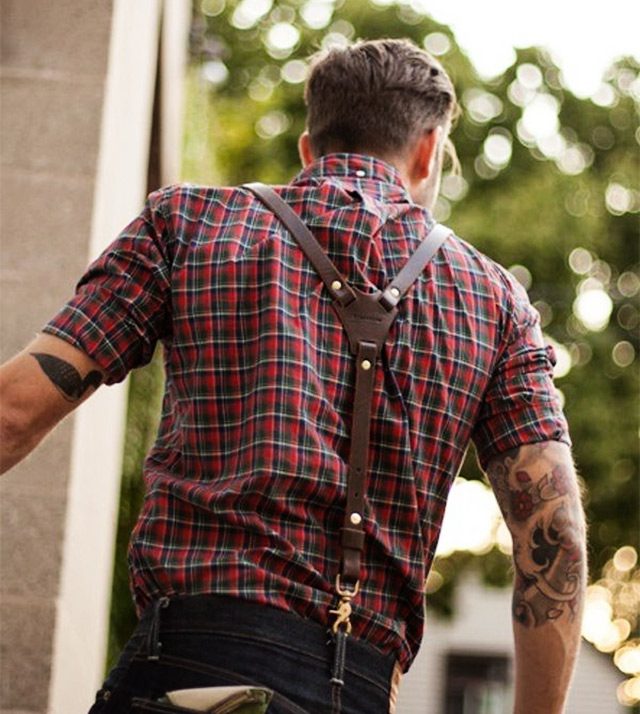 Suspenders are long strips of fabric worn over your shoulders with the purpose of holding up your trousers. They attach to your trousers with clips or buttons, and feature either an “X”, “Y”, or “H” shape at the rear for additional strength and support, and to prevent either strap from falling from your shoulders. Unless you’re a firefighter, you probably won’t be wearing the “H” variety. “X” and “Y” are the most universal variations.
How Thick Should My Suspenders Be? 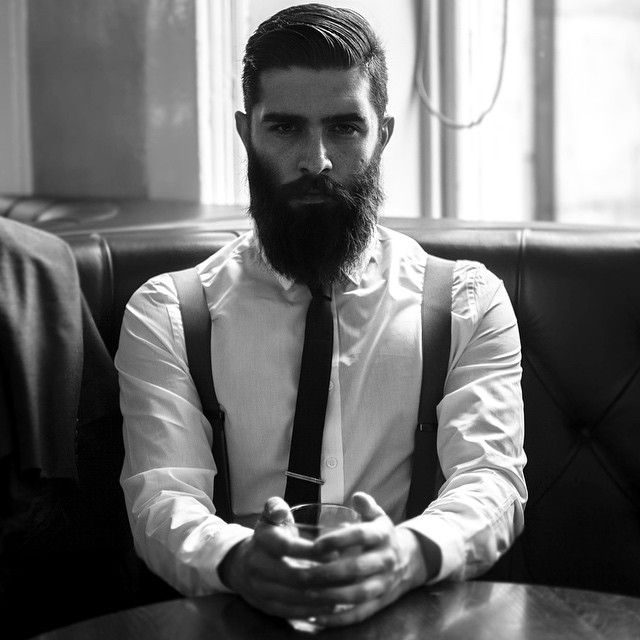 These days, you can find everything from super skinny to excessively wide when it comes to suspender straps. If you are looking to invest in just 1 or 2 solid pairs of suspenders, aim for a mid-range of width, such as 1.25” – 1.5”. Trendy and sartorially daring widths fall in the 0.5” – 1” range. Finally, functional, heavy duty suspenders meant for work and/or men with heftier builds fall on or around 2”. 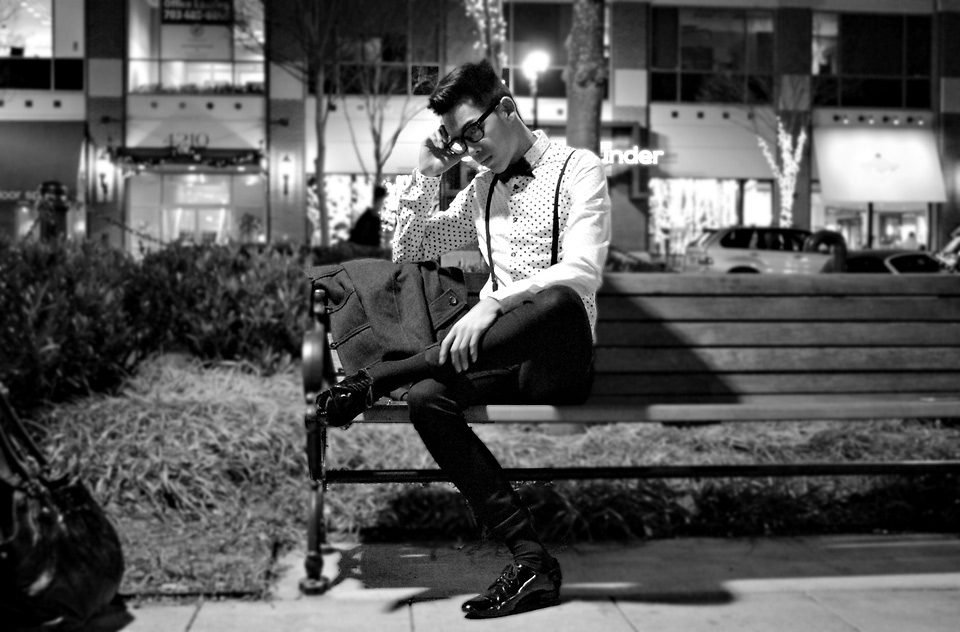 How Do You Put Suspenders On?

Suspenders and Suits. Yay or Nay? 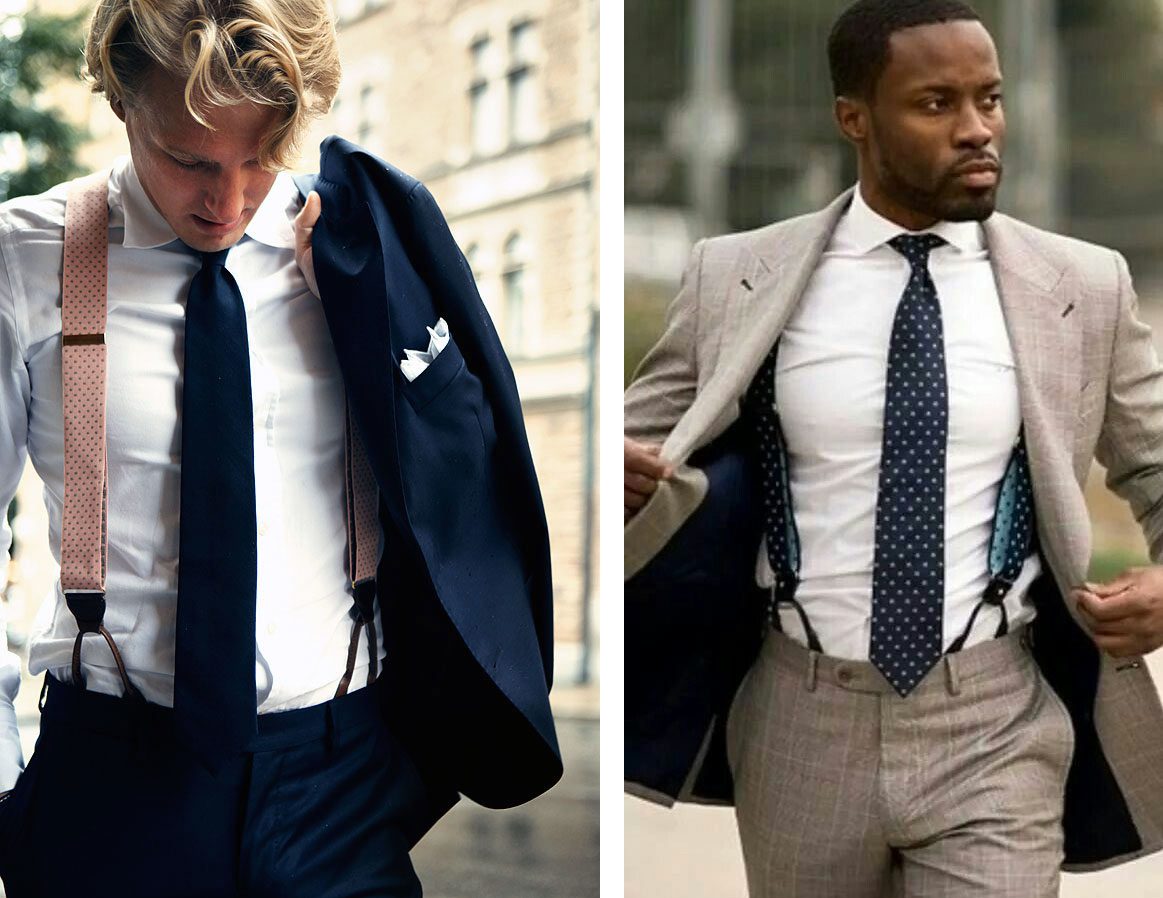 What Other Rules Do I Need to Know About Suspenders?

First of all, know that you can wear suspenders whenever you want. Suspenders will look dapper with everything from your most casual ensembles to that white tie event you’re attending. Just be sure that the fabric of the suspenders either match or contrast the rest of your outfit. Or, if you’re wearing leather suspenders, it is a general rule that you should match these with your shoes. Also, unless your destination requires a coat or blazer, feel free to rock your suspenders sans-cover. Let everyone know just how stylish you are.
Finally, never wear a belt and suspenders at the same time. This GQ Style Guy explains it best: “Whenever I see a man wearing a belt and suspenders, which is not all that often, I think, now, here is a pessimist. Guys who wear a belt and suspenders probably carry umbrellas on sunny days and wear more than one condom.” So, with that sentiment in mind, go forth and try suspenders for yourself. Incorporate them into any and every outfit, and leave the belts at home.
Products
Products by specialty

Get now exclusive offers by email